Just what is a challenge coin?

According to the most common story, challenge coins originated during World War I. With the entry of the United States into the war, American volunteers filled the newly formed flying squadrons. In one squadron, a lieutenant ordered medallions struck in bronze and presented them to his unit. One pilot placed the medallion in a leather pouch that he wore around his neck. Shortly after, the pilot’s aircraft was damaged by ground fire and was forced to land behind enemy lines. He was captured by the Germans who took his personal identification except for the leather pouch. He later escaped and avoided German patrols by donning civilian attire and reached the front lines. He stumbled onto a French outpost. Not recognizing the pilot’s American accent, the French thought him to be a saboteur and planned to execute him. He had no identification, but he did have his medallion. He showed it to his would-be executioners and one of his French captors recognized the squadron insignia. They delayed his execution long enough to confirm his identity. Instead of shooting him they gave him a bottle of wine.

Frank Coppola believes strongly in what challenge coins represent…the value of providing award winning service and a commitment to excellence. Want a coin? Click the contact button at the bottom of the page and simply ask for one, we’ll send one free of charge. Oh, and it makes a great key chain and bottle opener! 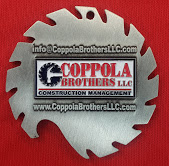 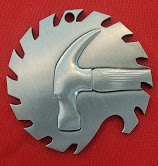 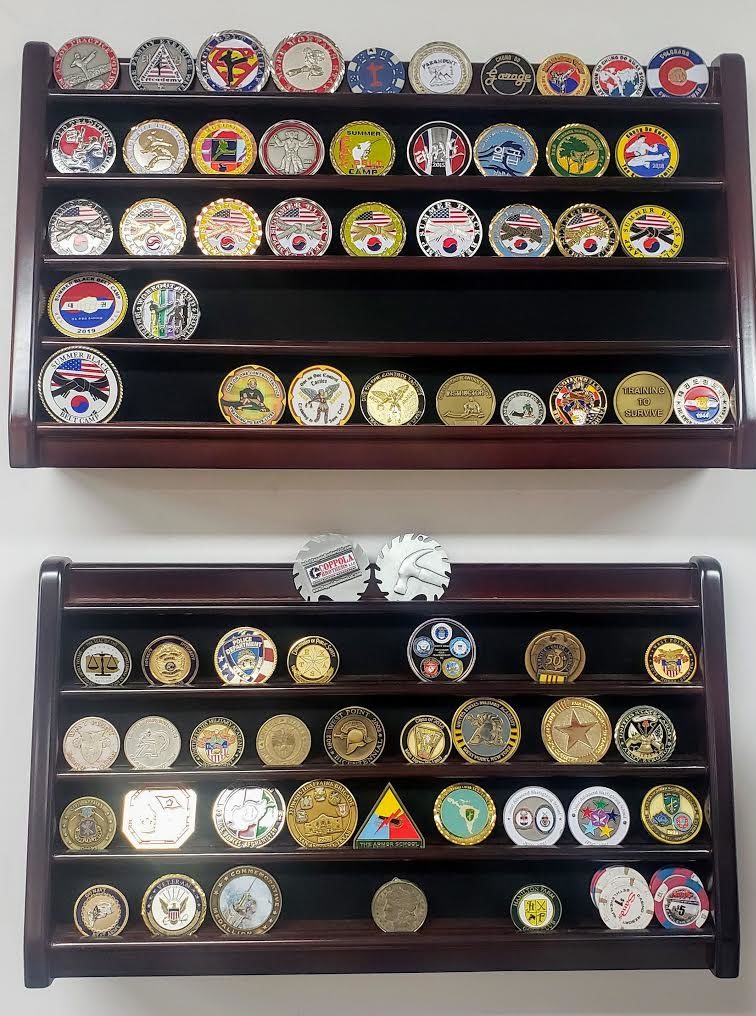